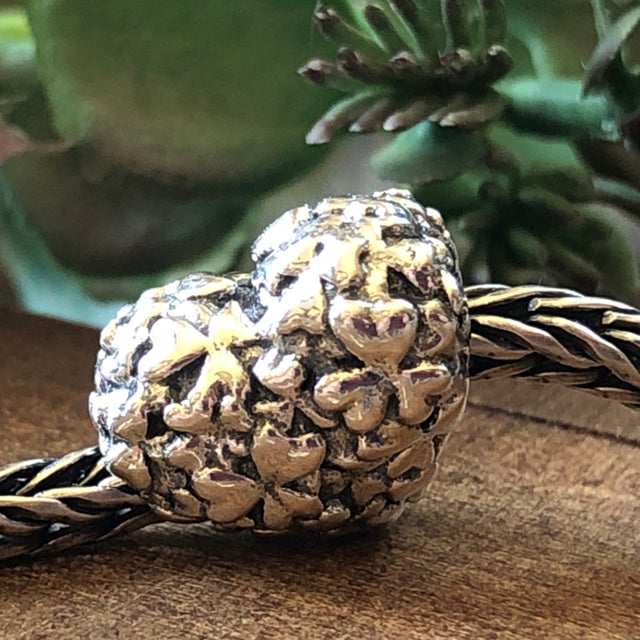 Sterling Silver Charm from Around the World Collection.

A shamrock is used as a symbol of Ireland. Saint Patrick, Ireland’s patron saint, is said to have used it as a metaphor for the Christian Holy Trinity. The name shamrock comes from Irish seamróg, which means “young clover”.

It was the Celtic druids who started the shamrock on its path to Irish glory! They believed the no. 3 to be a perfect number and, as such, to have inherent mystical powers. No one is quite sure why they believed this but it is possible the number signified totality - past, present and future, or sky, earth and underground.

Shamrocks found to have four leaves are rare and considered ‘lucky charms’ in Ireland. If you will search carefully, maybe you will find it in our Heart full of Shamrocks too!